Novosound is an award-winning tech company who specialise in the design and manufacturing of innovative ultrasound sensors using a groundbreaking thin-film technique to address the limitations of traditional ultrasound.

CEO and founder Dr Dave Hughes has over 12 years experience researching ultrasound for medical, dental and industrial applications. During his time as Research Fellow at the University of the West of Scotland, Dave invented Novosound’s core, thin-film technology which led to the creation of Novosound in April 2018 – the first spin-out company to emerge from UWS.

Headquartered near Glasgow, the company utilises in-house design and end-to-end manufacturing capabilities to engineer a thin-film core material that is flexible, extreme temperature resistant, lightweight, low profile, compact, and capable of producing high resolution images. This core material underpins the company’s pioneering non-destructive testing (NDT) products – the Kelpie, Belenus, and Nebula. Novosound has rapidly become a global business with a highly skilled team of 30 that develop customisable and scalable ultrasound solutions for both industrial and healthcare markets. They are very IP rich and last year were granted their 3rd UK patent for its innovative, thin-film, ultrasound manufacturing process.

As well as early stage investment in their seed round, Gabriel has opened up useful connections in the industrial and wearables market. In particular, a member of Gabriel made an introduction to a contact who became Novosound’s first paying medical contract! 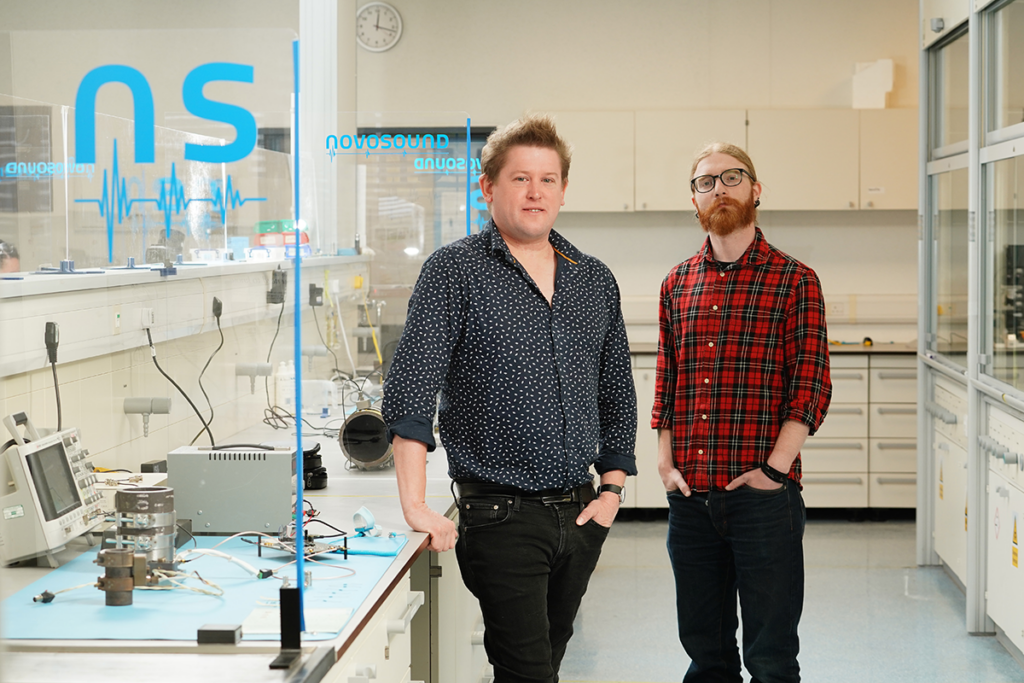 With so many large projects underway in 2022, Novosound are now looking to grow their highly skilled team and continue to create global opportunities, particularly in the US, and expand in health and industrial markets.